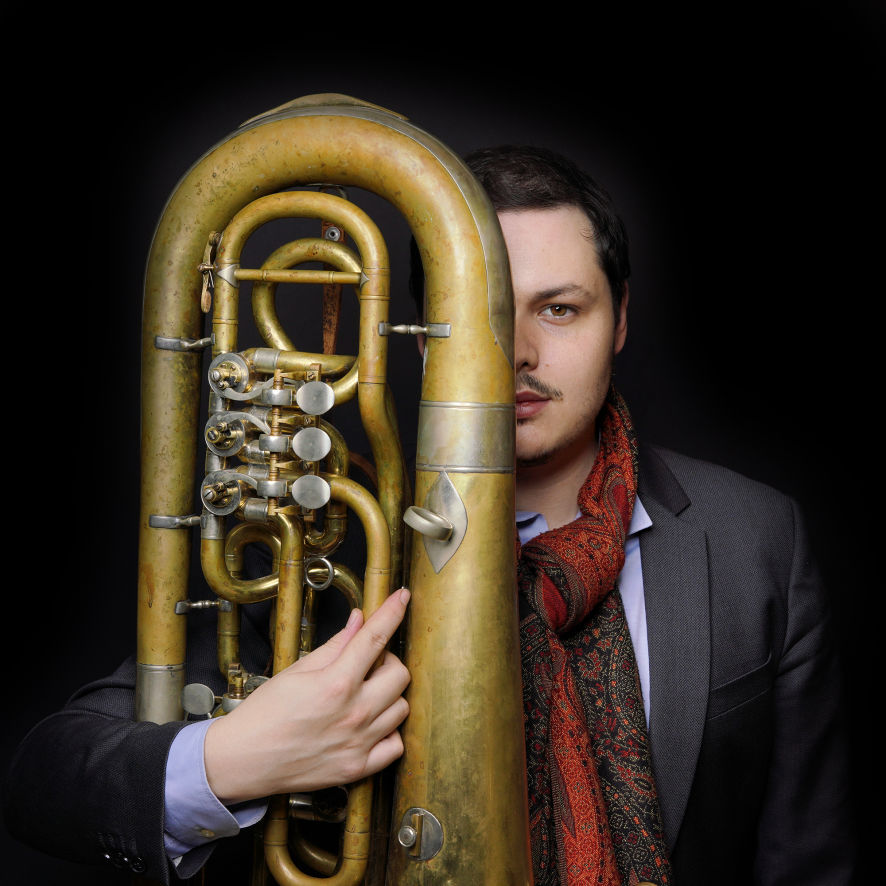 Patrick Wibart began learning the tuba, (saxhorn), at the age of 6. His natural musical abilities were recognised very early on and was subsequently invited to join the National french radio (Maîtrise de Radio France) children’s choir under the direction of Toni Ramon (1999 to 2005).Patrick went on to study at the Regional Conservatory (CNR) of Paris from 2005 to 2008 and was then admitted to the National Conservatory of Paris (CNSMDP) in the French tuba class of Philippe Fritsch as well as in chamber music within the "Opus333" quartet in the class of Claire Désert and Ami Flamer.

He graduated in 2015 and received unanimous praise from the adjudicators for his final recital, receiving a special mention for his tremendous technique, musicality, versatility and choice of program. In addition to the saxhorn, he discovered the Serpent with Michel Godard and studied early music with Jean Tubery and Serge Delmas. He very quickly became one of the specialists of this instrument and was invited to numerous ensembles of early and baroque music.

Patrick continues this approach towards historical instruments by specializing in the practice of the ophicleide and historical tubas supported for this by the Meyer Foundation in 2011 and 2013. In 2016 he recorded his first solo album "The Virtuoso Ophicleide", which was awarded a "Choc de Classica "on" Ricercar Label. He also performed on first album of the "Opus333" quartet "Matriochka" on Klarthe Records. Constantly seeking bridges between instruments of the past and music of today, Patrick has collaborated with several composers, such as Aurélien Dumont, Gérard Pesson, Benjamin Attahir, in particular to create pieces for Serpent. He also enjoys being part of the improvisation collective “Spat'sonore”. In 2018 Patrick premiered the very first concerto for Serpent and orchestra, composed by Benjamin Attahir. He debuted this solo at the Concertgebouw-Amsterdam with the Netherland Philharmonic Orchestra, the National orchestra of Lille (France) and the Gulbenkian Orchestra-Lisbon. This concerto went on to be nominated for the classical french music awards 2019 in the category contemporary creation and recorded the same year for the label "Alpha" with the National Orchestra of Lille.

Patrick is passionate about pushing the boundaries of his craft and is sought after as an international soloist and as an ensemble member. He performs regularly with several baroque productions such as Ensemble Correspondance, Freiburger Barockorchester, Concert Spirituel, within romantic orchestras, Dresdner Festspielorchester, Camerata Lipsiensis, Chamber Philharmonic, Insula contemporary creations and chamber music with the Opus333 quartet. On top of his performing commitments, Patrick enjoys presenting Masterclass sessions and teaching at conservatorio Santa Cecilia Roma, Escola Superior de Música de Lisboa, Aetyb Barcelonna and Valencia. 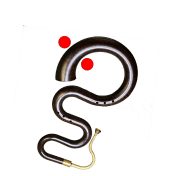